Procedural methods are often used to describe motion in animations. In both pre-rendered and real-time animations, an understanding of frame rate and timing are crucial for generating moving images.

Animation introduces intereresting creative potential because it includes the dimension of time. Because animations live in time, they excel at depicting actions, showing cause and effect, expressing narrative arcs, and telling stories.

An animation is a series of still frames be shown in very quick succession; a few seconds of animation will have hundreds of frames. Creating animations by hand can lead to beautiful results but is very laborious. This makes animation a great medium to explore with procedural methods. At its heart, a procedurally-generated animation is just a series of procedurally-generated images. Creating an animation with code is similar to coding a still image, but with additional instructions to express how the image will change over time. Odyssey Productions with Miramar Productions
Mind's Eye Series, 1990-1996
The Mind's Eye series presented computer animations that were groundbreaking for their time. The videos consist of demo footage that is pieced together into surreal narratives.
The Mind's Eye: A Computer Animation OdysseyVideoMind's EyeWikipedia 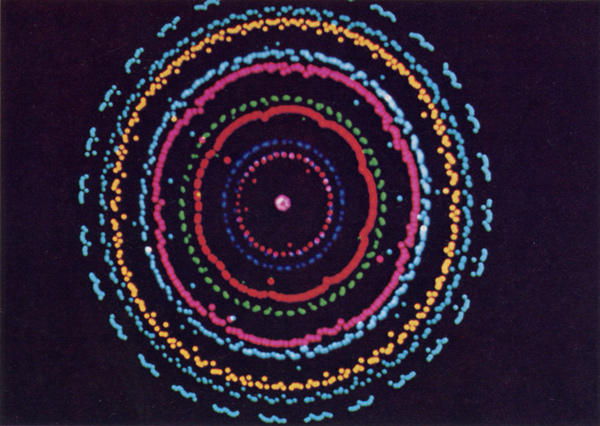 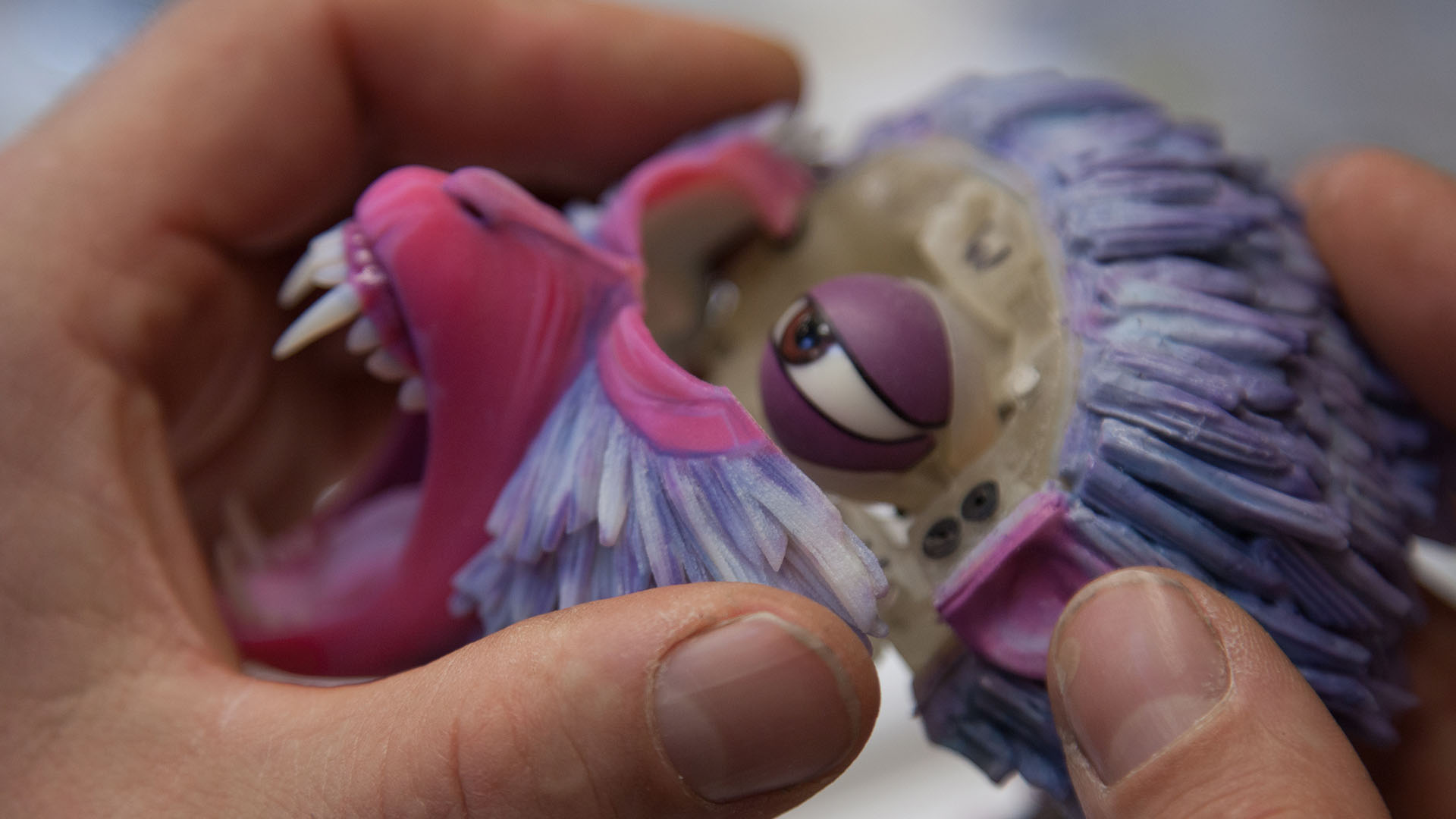 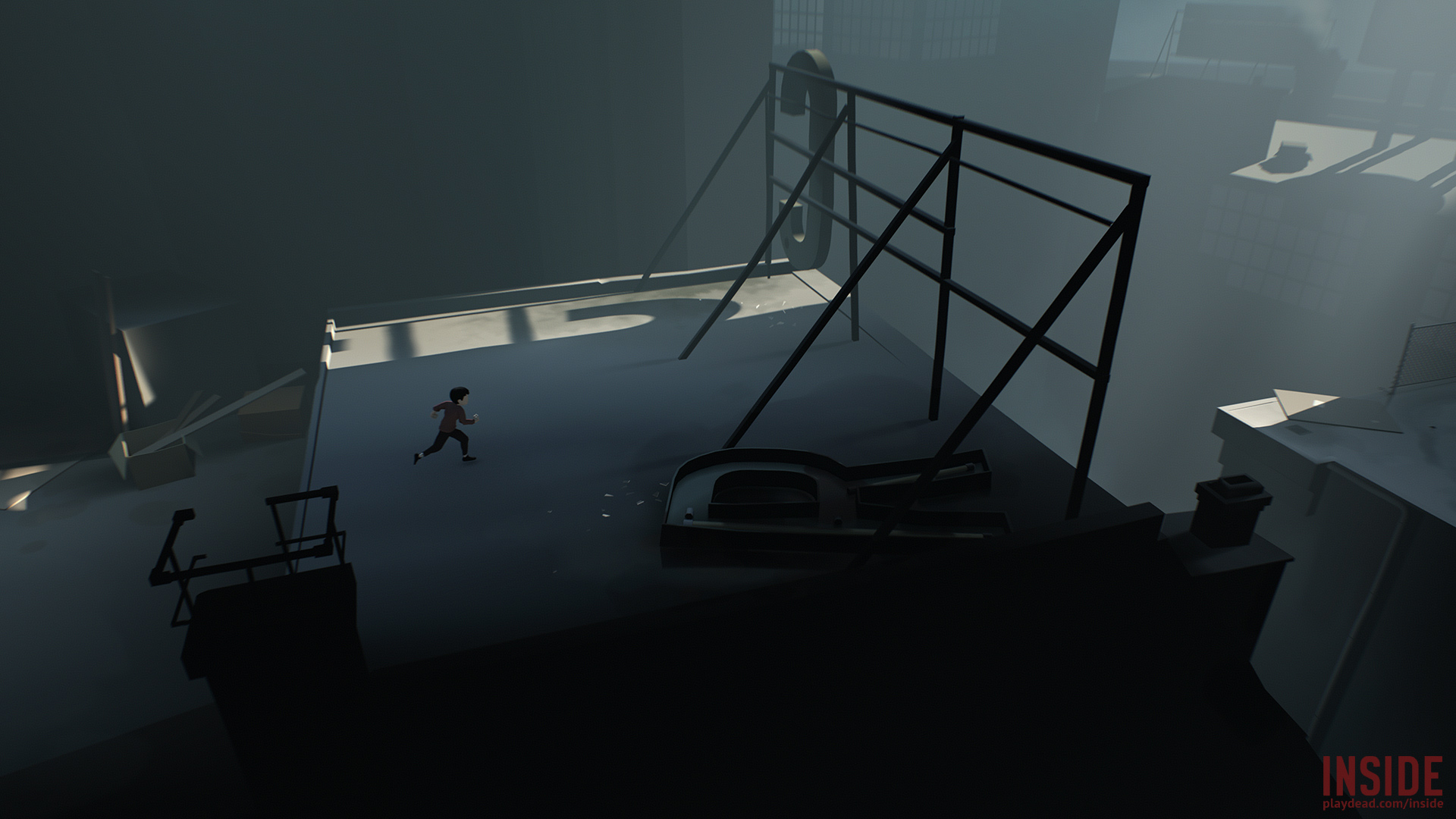 Real-time rendering for animation needs to be done quickly. To render an animation at 30 frames per second, each frame must be generated in 33 milliseconds or less. In exchange for limiting how much time can be spent rendering each frame, we gain a huge benefit. Real-time animation can react to information—including user input—that is not known ahead of time. This allows real-time animation to be interactive.

But pre-rendering provides its own huge benefit. Limiting the time spent rendering each frame often means compromising on the quality or complexity of the animation. When creating a pre-rendered animation, one can take as long as necessary to create each frame, allowing for high complexity and quality. Individual frames in high-end animated films often take hours or even days to render, but they look better as a result.

Take a look at the metronomes below to get a feel for how framerate coresponds to smoothness. They are are animated at 5, 15, 30, and 60 frames per second.

Time keeping is essential to generating animation. Time is the foundation for sequencing, pace, rhythm, and speed. Choosing an appropriate method for keeping time is an important step to getting the results you want.

Real-time animation is computed at the same rate it is shown. In real-time rendering the render time and display time are linked. Something drawn four seconds after rendering begins is seen four seconds after the animation begins. Rendering a frame faster than needed is fine: the application can simply wait to display it. If rendering the frame takes too long, however, frames will be dropped. The frame rate will dip and animation will become choppy.

Pre-rendered animation is computed at a different rate—probably much slower, but maybe faster—than it is displayed. The render time and display time are not linked. A frame seen four seconds into an animation may have been drawn several hours into the rendering job that created it.

A common and simple approach to keeping time is to first set the frame rate, and then count the frames. In p5.js you can set the framerate with frameRate(fps) and get the current frame number from frameCount.

This example draws a metronome that swings its pendulum once every second. The metronome() function draws the metronome. It takes a parameter called pendulumAngle which controls the position instead. The calling code is responsible for controlling how fast the arm swings. Lines 10 and 11 do this work.

The variable theta in the example above is called “theta” because “theta” or “θ” is a conventional name in trigonometry for the angle input to sin(), cos(), and tan().

This approach works fine for many simpler programs, but it has a problem. The frameCount variable tells us how many frames have been drawn: It doesn’t actually tell us how much time has gone by. We can calculate time from frameCount, but only if we assume that each frame is drawn exactly on schedule. Unfortunately, that is not always the case.

The heart of a real-time animation system is the draw loop. Most real-time draw loops work something like this:

In a 60fps animation, each frame should be shown for 16.6 milliseconds. If drawing the frame takes only 10 milliseconds, the loop will wait for the remaining 6.6. This prevents the animation from running too fast.

On the other hand, consider what happens if drawing a frame takes too long, let’s say 20 milliseconds. The draw loop might show the frame as soon as possible, but it will still be a few milliseconds late. Alternatively, the draw loop might wait an additional 13.2 milliseconds, a longer delay but in sync with the global framerate. In either case, the frame count is now behind the actual elapsed time. These delays are cumulative: slow frames set things back but fast frames don’t recover the lost time. Over time, the frame count will lag more and more.

Another way your frame count can fall out of sync with time is if your requested frame rate just isn’t possible. Many environments, including p5.js in the browser, synchronize drawing to the screen’s refresh rate, commonly 60hz. In p5.js your framerate will effectively get rounded to a factor of 60.

In simple games, apps, and prototypes these problems may not matter. When syncing animation to real time does matter—e.g. if your animation should sync with sound playback—the simple approach above will cause problems.

For real-time animation, we want to base our animation on how much real time has elapsed.

The example below swings the pendulum once per second using millis() as the time base. If you slow the frame rate down with the slider, the animation becomes choppy, but the pendulum still swings at the same rate.

For pre-rendered animation, we want to base our animation on the current frame, regardless of the time elapsed. We don’t care how long the frames take to render because we know we will play them back at the correct rate.

The example below swings the pendulum once per 30 frames using frameCount as the time base. It is rendering faster than the intended playback rate. If you slow the frame rate down with the slider, the rendering slows down. But when you export the frames and playe them back at 30fps the pendulum will swing at a steady one swing per second.

Imagine you want something to happen in your animation 10 seconds after it starts in your realtime animation. It is pretty likely that your event will happen between frames, so a simple equality check won’t work.

This isn’t a problem in prerendered animations if your event is scheduled for a specific frame.

But the problem might come up if you calculate the frame based on a time.

You can fix this by rounding in your comparison.

The map() function can be useful for mapping time to other things, like position.

The modulo operator—%—is great for breaking time into repeated chunks or measures. The example below uses % and map() together to add a red blinking light to the metronome.

The interesting work is done on line 20:

Some environments support exporting frames as video, but neither JavaScript nor p5.js has this feature. However, p5.js does make it easy to export individual frames. You can create an image sequence by including the frame number in the name of each exported frame. Then the sequence can be stitched into a video using separate software. The following utility function wraps p5.js’s save() function to make exporting image sequences easier.

If you are exporting frames, keep in mind that p5.js automatically uses a higher resolution on retina displays, and this is the resolution at which `save()` will export. You can use `pixelDensity(1);` before your `createCanvas()` call to disable this.

There are many applications that can take a sequence of frames and stitch them into a video. FFmpeg is a powerful command line utility for this and other video tasks. FFmpeg is a good choice for automated/back-end workflows. After Effects is a good choice if you are going to use the animation as part of a larger animated composition.

You can even stitch images in Photoshop:

This example uses a particle effect to generate an animation of a cloud forming and dissipating. It animates 5000 particles, and can’t run in realtime (at least not on my computer).

Here is a video created from the frames exported by the example above. The frames were stiched in Photoshop.

This video was also created in Photoshop with a gradient map effect added.

In the example below, the black circle “bobs” up and down using sin(). Complete the challenges below to alter this example to show a bouncing motion.

In this sketch fuzzy_ellipse(x,y,w,h,fuzz) takes the same parameters as p5’s ellipse() but instead of drawing one ellipse, it draws many ellipses in random positions near x,y. It creates a textured ellipse with a sort-of-fuzzy edge.

Take some time to study fuzzy_ellipse() in detail. Try to build an understanding of every line.

This example has a function called fuzzy_ellipse_2(). It produces output very similar to fuzzy_ellipse() but uses a different method.

For lots of discussion on these two approaches, and others, and their merits take a look at this stackoverflow question.

Create a three-second bumper for this site, Computational Form. The bumper should:

The Illusion of Life: Disney Animation Book Now out of print, this iconic book by Disney animators describes 12 principles for good animation.

12 Principles of Animation: Squash and Stretch Video Squash and stretch is a crucial principle for creating engaging, lifelike animation.

Animation Techniques: The Smear Essay A history of the smear frame, featuring a gallery of images.